Who doesn’t love honey? Even if you don’t LOVE honey, you must acknowledge that the Honey bee is the most important pollinator insect contributing to our food supply. In case you didn’t know, one-third of our diet is derived from plants that have been pollinated by insects, and Honey bees are responsible for 80% of that work. Not only do Honey bees pollinate crops and wild plants, and produce honey, but beeswax, royal jelly, and propolis are also derived from their labor. These products have been used in food, cosmetics, and medicine.

As economically valuable as they are, unfortunately the Honey bee has been vanishing in a mysterious phenomenon that leaves hives full of honey, but devoid of all adult worker bees. What’s more astonishing is that there are no dead bees found in or around the hive.

The situation has gotten so dire, that even the bee from General Mills produced Honey Nut Cheerios cereal box has gone missing.

The Honey bee (Apis Mellifera) is a flying insect that is part of the superfamily Apoidae. It is a social insect that lives in a highly structured system, most of us know as, a hive. They are indigenous to Europe, Asia, and Africa and were introduced to the United States by settlers in the seventeenth century; to produce honey. Today they are mainly managed by beekeepers and used commercially for the pollination of crops.

The first sudden disappearance of the Honey bee was reported as early as the 1800’s, but not until the late 20th century did the occurrence become notably problematic. Normally, commercial beekeepers could expect to lose about 15% of their hive yearly, but by 2004 beekeepers in the U.S. began experiencing hive losses ranging from 30% to 90%. This disappearance not only affected North America, but claimed colonies In Europe and other parts of the world.

The mysterious phenomenon that has been claiming the beloved honey-makers is termed Colony Collapse Disorder (CCD). It has no known sure cause, but there are many proposed possibilities. CCD has been blamed on such factors as: climate change, pollutants, habit loss, nutritional deficiency, pathogenic diseases, and insecticides. CCD is associated with parasite and pathogen infection, however this may be a secondary cause. Insecticides have been proposed as the primary factor leading to CCD.

There are several types of pesticides in use agriculturally; organophosphates, carbamates, and nicotinoids. While all have been suspected as factors in CCD, neonicotinoids have been particularly implicated. The reason being that neonicotinoids are nicotine pharmacophores that were designed to selectively target insects. Lets, go back a minute, because nicotine has insecticidal properties!

In the nineteenth century before the development of organophosphates, farmers dusted their crops with finely powdered tobacco leaves as a form of insecticide. Tobacco leaves contain up to 9% nicotine, which is a neuro-toxicant. Nicotine acts on the nicotinic acetylcholine receptors responsible for the electrical signaling of synapses in the central nervous system (CNS). There, it functions as an agonist, disrupting signal transduction. Nicotine is toxic to mammals as well as insects, and exposure in humans to the insecticide leads to an initial stimulation of the sympathetic nervous system, followed by parasympathetic activation, causing dehydration through vomiting, diarrhea, lacrimation, salivation, and urination. Continued exposure results in muscle weakness, tremors, convulsions, and respiratory paralysis. 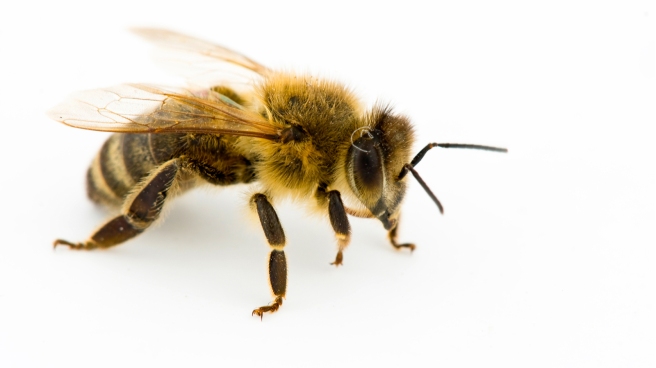 Nicotine and its analog Anabasine declined in use, as newer types of insecticides were discovered, however organophosphates and carbamates are also toxic to mammals as well as insects, posing a health risk to humans. Therefore, compounds that specifically target insects needed to be synthesized. In the 1970’s the first neonicotinoid, Nithiazine was developed; having low toxicity in mammals and high selectivity for insects. Nithiazine unfortunately was not environmentally stable, and broke down readily in sunlight. This impeded its usefulness in the field. Next generation neonicotinoids were later developed and became commercially available in the 1990’s. These new compounds do not break down in the environment like their parent compound, and having increased hydrophobicity (fear of water), are better able to penetrate the central nervous system of insects.

Bees are rarely directly exposed to neonicotinoids. Instead, neonicotinoids are absorbed and distributed systemically throughout the entire plant, where foraging  bees take up sublethal doses of the toxicant and bring it back with them to the hive. Neonicotinoids have been detected in pollen , nectar, and gluttation fluids (water droplets exuded by plants).  The insecticide can even be found in honey and bee bread (a form of stored pollen made by bees with digestive juices and nectar).

Exposure to these insecticides impair learning and therefore homing behavior. Bee’s may not be able to find their way back to the hive. Additionally, intoxication causes lack of coordination, wing paralysis, and immediate death. Meaning, that bees may never even get the chance to fly home again.

Earlier, it was mentioned that infection was a probable secondary cause of  Colony Collapse Disorder. Neonicotinoids have recently been studied for their role in immune suppression. Disruption of the immune function would decrease the resistance of bees to diseases. However, on the other hand, lack of a natural plant insecticide pyrethrum—found in Chrysanthemums—in the diets of bees may allow the growth of endogenous gut mites. Although a potent insecticide, one theory holds that pyrethrum may be a “nutrient” (in small dose) for bees, killing the tracheal mite and Varroa mite. These mites carry with them pathogenic bacteria and viruses. Pyrethrum might be lacking from the diets of honeybees due to food scarcity and habit loss and climate change(wild honey bees) or due to lack of biodiversity in crops pollinated (commercial honeybees). Pyrethrum deficiency may allow the mites to multiply, exposing the bees to more pathogens; killing them.  An association of sublethal doses of neonicotinoids with higher pathogen and parasite loads found in hives has been reported, but  more studies need to be done to understand the role that insecticides play in bee morbidity as it relates to CCD.

Neonicotinoids are synthetic insecticides used to protect crops from damage by  a broad range of insects, such as  beetles, moths, butterflies, and sucking insects. Neonicotinoids, Imidacloprid, Clothianidin, and Thiamethoxam have been restricted by the European Commission, and they continue to be used here in the  U.S. and Canada. Their use is favorable over organophosphates (public health hazard)  and carbamates (poor CNS penetration) due to  their high environmental stability which lends to low rates of application, versatility of application—they can be sprayed on plants, applied to soil, or coated onto seeds, and for their specificity for nsects. So even though they might wind up in your honey, neonicotinoids do not pose a harm to human health. As a result their safety is greater than that of other insecticides. But, what about the bees?  This is a prime example of  how risk-to-benefit ratio determines what we permit as “safe”. As always, care needs to be practiced when considering how and where insecticides are used.

One thought on “Honey I Have Bad News: Bee Still Vanishing!”